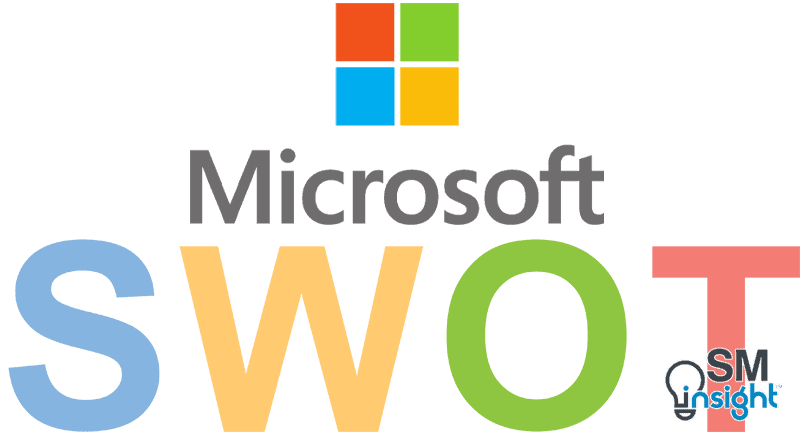 This is Microsoft Corporation SWOT analysis. For more information on how to do a SWOT analysis please refer to our article.

Microsoft Corporation is one of the best-known software companies in the world. The corporate is famous for its Windows and Office software. In addition to software products the business manufactures and develops consumer electronics such as tablets and game system. You can find more information about the business in its official website or Wikipedia’s article.