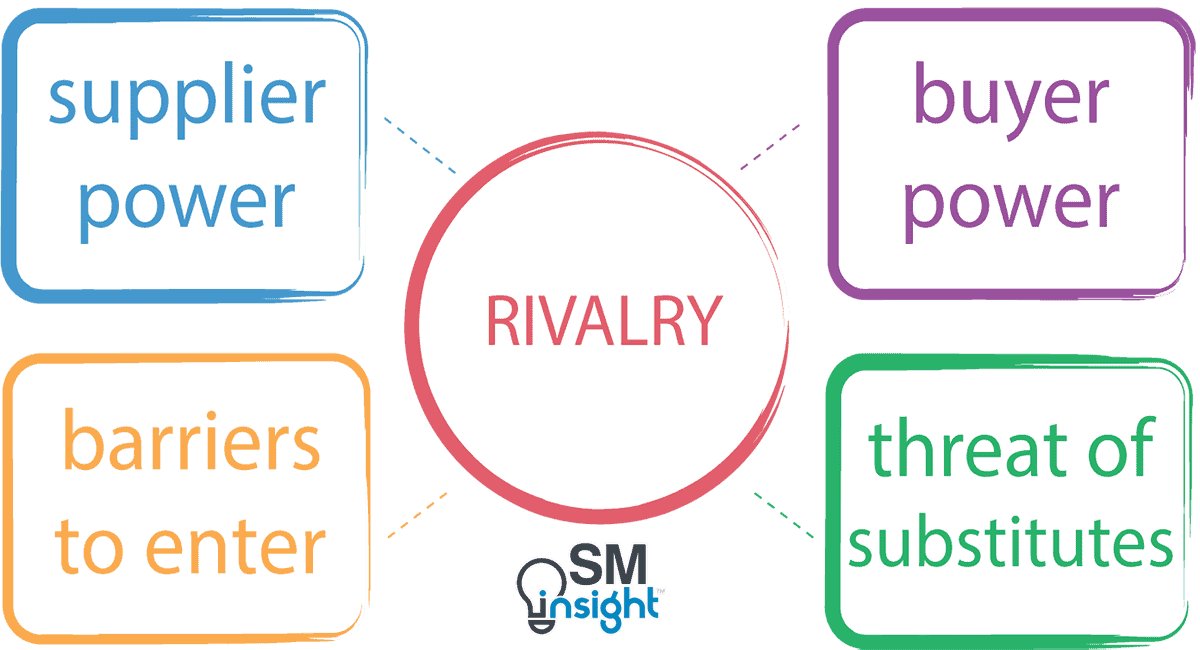 Porter’s five forces model is an analysis tool that uses five industry forces to determine the intensity of competition in an industry and its profitability level.[1]

Five forces model was created by M. Porter in 1979 to understand how five key competitive forces are affecting an industry. The five forces identified are: 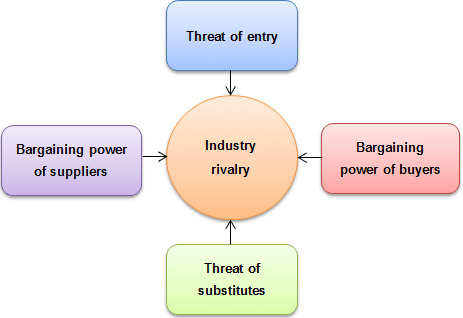 These forces determine an industry structure and the level of competition in that industry. The stronger competitive forces in the industry are the less profitable it is. An industry with low barriers to enter, having few buyers and suppliers but many substitute products and competitors will be seen as very competitive and thus, not so attractive due to its low profitability. 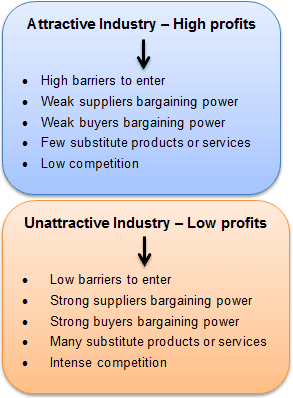 It is every strategist’s job to evaluate company’s competitive position in the industry and to identify what strengths or weakness can be exploited to strengthen that position. The tool is very useful in formulating firm’s strategy as it reveals how powerful each of the five key forces is in a particular industry.

Threat of substitutes. This force is especially threatening when buyers can easily find substitute products with attractive prices or better quality and when buyers can switch from one product or service to another with little cost. For example, to switch from coffee to tea doesn’t cost anything, unlike switching from car to bicycle.

Although, Porter originally introduced five forces affecting an industry, scholars have suggested including the sixth force: complements. Complements increase the demand of the primary product with which they are used, thus, increasing firm’s and industry’s profit potential. For example, iTunes was created to complement iPod and added value for both products. As a result, both iTunes and iPod sales increased, increasing Apple’s profits.

We now understand that Porter’s five forces framework is used to analyze industry’s competitive forces and to shape organization’s strategy according to the results of the analysis. But how to use this tool? We have identified the following steps:

Step 1. Gather the information on each of the five forces. What managers should do during this step is to gather information about their industry and to check it against each of the factors (such as “number of competitors in the industry”) influencing the force. We have already identified the most important factors in the table below.

Step 2. Analyze the results and display them on a diagram. After gathering all the information, you should analyze it and determine how each force is affecting an industry. For example, if there are many companies of equal size operating in the slow growth industry, it means that rivalry between existing companies is strong. Remember that five forces affect different industries differently so don’t use the same results of analysis for even similar industries!

Step 3. Formulate strategies based on the conclusions. At this stage, managers should formulate firm’s strategies using the results of the analysis For example, if it is hard to achieve economies of scale in the market, the company should pursue cost leadership strategy. Product development strategy should be used if the current market growth is slow and the market is saturated.

Although, Porter’s five forces is a great tool to analyze industry’s structure and use the results to formulate firm’s strategy, it has its limitations and requires further analysis to be done, such as SWOT, PEST or Value Chain analysis.

This is Porter’s five forces analysis example for an automotive industry. 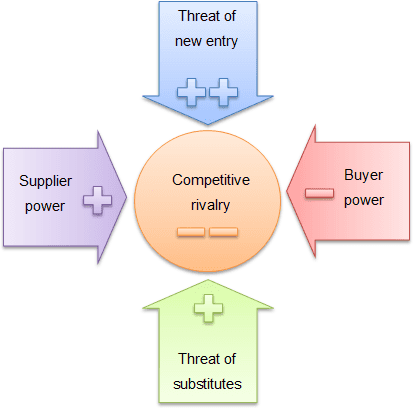